Here’s how the Malauzai team lauched a watch app in 40 days!

Why are small institutions taking the lead with the Apple watch?  This is an opportunity to make a statement-we can not only keep up in technology, we can lead.

Here’s what they have to say in their own words: http://bit.ly/1H7Hhdf.

There is a definite trend — Community FIs taking the lead in tech.  Community institutions took the lead in fraud controls by giving consumers the ability to turn cards on and off two years ago.  They are aggressively adopting P2P payments.  Now they are leading with the Apple Watch.  What’s next?

Stay tuned.  It should get interesting.

END_OF_DOCUMENT_TOKEN_TO_BE_REPLACED

I have never seen such energy at the Pasadena Angels in my decade+ as a member. Deals are getting done, and the PA are more involved in the tech community than ever before.

Angels have been attending many outside events, both in Greater Pasadena and further afield in Silicon Beach. We’ve also been building relationships with incubators and other investors in the ecosystem. Our partnership with Andy Wilson and the Innovate Pasadena team has been enormously helpful, too. IP events have brought great focus to the area, and we’ve been glad to both attend and financially support their events. It’s hard to exaggerate the impact IP is having in Pasadena.

Members have also invested in Cross Campus, and are delighted with the progress on their new offices in Pasadena. Dan Dato, Ronen Olshansky, and the CC team will definitely add to the buzz in the Pasadena Tech community. Their efforts will build on the momentum IP is driving.

We’ve also focusing on speeding up our internal processes to get deals done faster. Entrepreneurs rightly pointed out we must move much more quickly in an age of SuperAngels, incubators, and other sources of funding. We’ve set an internal standard of 30 days from submission to funding decision, and we’ve funded some deals in 10 days or less. We’ve heard the market, and have taken action. 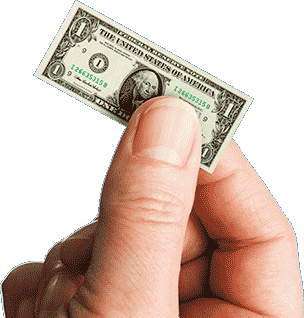 You hear about extreme outcomes all the time—the huge exit or a company shutting down. Recently, I got to observe a much more rare event: a company exiting at a modest valuation. The impact on both the team and investors was illuminating.

The company in question built mobile apps for a particular sport, and had 3 million downloads with nearly 2 million active users. I had been an advisor to the team on a periodic basis. We never did really figure out how to monetize the app itself, but the team kept up a weekly email dialogue with active users. They shared sports tips, the latest app updates, and feedback from other users. That eventually morphed into a valuable channel for highly focused ads targeting their sport. It became a real source of revenue for the company.

About 18 months after they had raised an initial seed round, a buyer materialized. They were focused on the same sport and saw real value in the ongoing relationship with 2 million hard core players. The team hammered out an agreement, and the deal was done.

The amount was modest. The team would make some money, but would have to work through an earnout with the acquiror. Investors would get their money back plus 25%. (I’ll spare you the financial gymnastics, but the team was more generous with investors that they were required to be.) No great fortunes were established, but it was nevertheless a substantial success, given the 95% failure rate for startups.

The team felt like failures even though they had beaten some ugly odds. Angel investors, some of whom I had personally witnessed calmly losing six figures on failed ventures, were seriously annoyed. Why?

The founders and investors were all mentally prepared for both the best and worst case outcomes, but no one had seriously considered what happened if there were a modest exit.

We all know that the odds of a dramatic success are downright terrible, but believe we’ll be one of the winners. If you didn’t believe that, you couldn’t be a founder or angel investor. Likewise, we all accept that there will be failures that return zero, but assume it won’t happen to us. At least not too often.

This experience led me to ask some questions:

Does every angel investment have to be a home run? For investors? For entrepreneurs?

Is swinging for a home run the only way impactful innovation happens or is there another path? DuWayne Peterson, founding chairman of the Pasadena Angels, told me we should be targeting companies that needed modest capital to hit a 3-5x outcome. He believed those opportunities were overlooked by other investors, and represented a chance for a fine return. I think he was right.

Likewise, if a founding team can record a win and make some money, they are perfectly positioned for their next company. The investors that backed the company I mentioned would cheerfully write checks to fund the team’s next venture. The impression they left was a good one—a positive return and honorable behavior. That’s not a bad place to be.

Is a team who takes a moderate outcome giving up too early?

Perhaps the option of a moderate outcome is simply market feedback that your idea is moderately good, but not a home run. Most startups never get that far. The traditional wisdom would say don’t take a moderate outcome, don’t bail early! Stay in and fight for something bigger! But there is a tough question here. Are you rolling the dice with other people’s money to boost egos or because you really think you can be the next Google? I think the team made the right call in this case.

This management team took a hard, realistic look at their business, and decided it was time to sell. It was a courageous move. We all could take a lesson from their disciplined approach.

Innovate Pasadena is, as usual, leading the charge to showcase the Tech Community in the Greater Pasadena area.  Their next event is a week long extravaganza of Pitchfests, Hackathons, Seminars, and more during the week of 3/10.  Check it out on their site at: Innovate Pasadena.

Many Pasadena Angels will join the events, and I’ll be judging apps at the Hackathon.

A fun, if manic, interview with Alon Goren 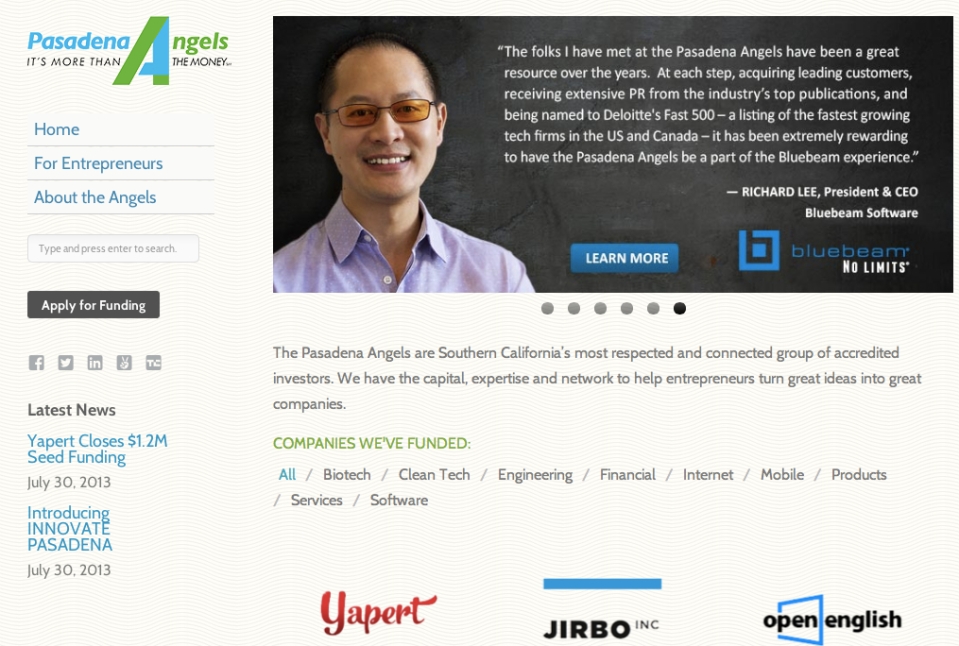 The Pasadena Angels have redesigned our site with a new focus on Entrepreneurs and LA Basin tech resources.

We took a lesson from successful companies we have funded–we talked to the market first.  We started by surveying a group of local entrepreneurs and our own members to find out what they wanted in a site.  The message that came back was very clear–both groups wanted a site that showed that: 1) the PA are actively funding companies, 2) are engaged with the local tech community, and 3) made it easy to apply for funding.  We rebuilt the site with that in mind.

Check us out at PasadenaAngels.com–you’ll hear the voice of local entrepreneurs, talking about what it’s like to work with the PA.  You’ll see a long list of companies we’ve funded.  There are links to great community resources like Innovate Pasadena and others.  And “Apply Now” buttons everywhere.

Let me know what you think!

Why are there great tech companies in Pasadena that no one has heard of? Sometimes the answer is that the team is too busy building a great company to worry about generating press outside their own industry.

One example is Bluebeam. They are revolutionizing the Architecture, Engineering and Construction industries by eliminating the need for hard copy blueprints. They employ 100+ people, have substantial sales, are profitable, and have hundreds of thousands of users world-wide. Had you heard of them?

Bluebeam’s technology is phenomenal. They enable multiple contractors, architects, and engineers to share CAD-generated blueprints on tablets or iPads as PDFs. In the field. With no paper. Saving months on major construction projects. You can learn more about the products here: Bluebeam Products.

Their story is amazing. Bluebeam started as a spin-off from a JPL-focused engineering company some eight or nine years ago. They have achieved great success by building pioneering products that meet a real need. And they have done it all with minimal financing–a Pasadena Angels round years ago.

Back to the original question–why is Bluebeam so invisible? They have chosen not to focus their PR efforts on the general press. In their own space, they’ve generate 20+ articles so far in 2013 and attended many conferences around the globe. They chair the standards committee for PDF users in the AEC space. The local tech press? Only Ben Kuo from SoCalTech has noticed them. There’s a listing on CrunchBase, but that’s about it.

We could all take a lesson here–keep your head down, build a great company, and let the LA Tech Scene buzz take care of itself.

That said, we still need to put Pasadena on the map as the real tech hub it has already become. Companies like Bluebeam point out the reality. Innovate Pasadena has begun the process of making the area more visible, and you’ll be seeing more in the months to come. Stay tuned, and watch a new tech hub blossom. 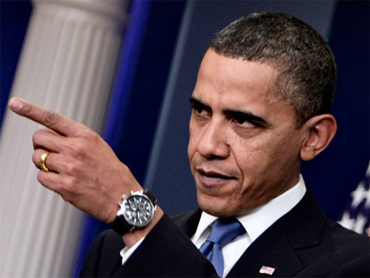 New SEC regs will destroy your ability to raise capital.

In a nutshell, new SEC rules will REQUIRE entrepreneurs to register with the SEC BEFORE approaching investors.  Worse yet, Angels will no longer be able to “self certify” as accredited investors–we will have to show W2’s or proof of our net worth, and most of us will never be willing to share such personal information.

And did I mention that pitch events will become a form of illegal solicitation?

Why is all this happening?  Because our Nanny State thinks Angel Investors need “protection”.  I normally try to keep my politics out of my blog, but this is ridiculous.  Startups create most of the jobs in this country, and unemployment is intolerably high.  So the solution is to cripple capital formation for startups?

This Administration and the SEC have lost their minds.  Do everything you can.  Your funding depends on it.

Waffles and chocolate and beer! Oh my!

Follow along as I make my first trek across the pond!

Random thoughts only I seem to find useful...

Not all who wander are lost